You are here: Home / Facilitation / Queasy about Conflict? 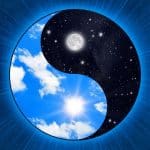 Why are we so nervous about conflict in the groups we facilitate? It is the anger, emotion and personal attacks in conflict that make us uncomfortable and that are debilitating to groups. Conflict is a normal, natural part of human interaction and sooner or later it is part of virtually every group’s experience. When acknowledged and dealt with in a positive manner, conflict can clarify differences, increase the creativity of the group and build a strong team. On the other hand, if left untended, it can be damaging group productivity and coherence.

Guiding a group in addressing conflict — rather than eliminating it — should be your goal as facilitator, finding ways to ratchet down the emotions and depersonalize the argument so that differences can help bring the group to a better solution.

What to do when full blown, angry conflict erupts? When conflict breaks out most of us want to duck under the table. But our job is to wade into the middle of it and find ways to make the differences useful to the group. Here are some steps to consider.

You are facilitating a meeting of employees who are trying to solve a parking problem. There are two distinct factions, the “pave more land for parking” group and the “get everyone to car pool or take the bus” group.

The debate gets heated. “You just want to pave over the whole world until all the birds and plants are gone!” Sam hurls across the room at Roshan. She shoots back, “You’re just an unrealistic tree hugger!” Quickly but calmly you move
into the middle of the situation.

“Sam and Roshan”, you say, “Let’s focus on the difference in your points of view and not tackle each other. Sam, I’ve heard you say that you are concerned about more paving around the headquarters building because of the storm water run off problems and your global concern about using less fossil fuel. In addition, you are particularly concerned about not disturbing the stand of birches to the east of the building. Is that correct?” As Sam confirms your summary, you write his concerns on a flip chart.

Now you turn to Roshan. “Roshan, I’ve heard you express concerns that car pooling and bus riding is not practical for those who live in more rural areas or who need to juggle day care issues. Is that right?” Again you record her concerns. Having shifted the discussion back to the issue and way from the personal confrontation, you now open the issue to the rest of the group asking for their interests and concerns. Then your group will be able to problem solve, looking for a solutions that meets as many of their interests as possible.

In Chapter 9 of Great Meetings! Great Results there are a number of approaches to managing conflict including:

Moving from Positions to Interests

In their book, Getting to Yes: Negotiating Agreement without Giving In , Roger Fisher and William Ury offer a four-step model for working out differences:

2) Focus on interests, not positions: when someone states a position, ask “why” to learn about their underlying interests.

4) Insist on objective criteria: ahead of time, establish criteria that will be mutually acceptable. Often when you are facilitating, you find people or whole groups that are stuck in positions. It is usually a yes/no situation such as: “We must do it this way.” and “No we can’t do it that way.” The Fisher and Ury model encourages you to ask each person or group why he or they hold that position. It may take some work to help each party articulate the reasons. But once the reasons are clear, then the parties have a chance to problem solve for a solution that will meet most of their collective interests.

Structured Sharing of Conflicting Opinions is another tool for building understanding between people or groups who hold different opinions on an emotionally charged issue. It can be helpful between two individuals or used with two individuals representing to opposing groups. It is adapted from training work done by the National Coalition Building Institute.

Step I. Ask person A to state her opinion without interruption from person B.
Step II. Person B restates what he has heard person A say, without adding anything.
Step III. B asks A questions to encourage her to explain why she holds her opinion or how she came to it.
Step IV. A and B switch roles. B states his opinion with interruption.
Step V. A restates what she has heard person A say, without adding anything.
Step VI. A asks B questions to encourage him to explain why he holds that opinion or how he came to it.
Step VII. Begin interactive discussion around the topic.

This process is better suited for building understanding in conflicts based on values differences than for driving to agreement on an issue. Often individuals or groups move from this process to finding common ground and other things beyond the main issue that they can agree on.

Don’t be queasy about conflict. Bring people back to the issue, depersonalize the debate and let difference serve the group.

About the Author. Pam Plumb discovered during her years as a City Councilor and Mayor of Portland that effective meeting planning and facilitation made a big difference in meeting outcomes In 1991, she created Pamela Plumb & Associates which serves a wide range of non-profit organizations, businesses and government organizations with process design, facilitation, training and organizational development. She is known internationally for her process work and training in municipal governance, and co-authored the book, Great Meetings, Great Results with her colleague Dee Kelsey.