You are here: Home / Facilitation / OIVEY, the Lost Secrets of Intervention 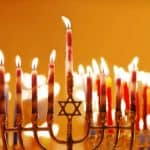 My close friend and colleague, Harry Webne-Behrman, while an expert on conflict resolution and baseball, he is also well versed in Yiddish. Harry loves attempting to teach me Yiddish phrases and loves it even more when I try to use them. While working on an Intervention model a while back, I discovered that the keys to intervention actually lie in an ancient and rather commonly used yiddish phrase.

The keys lie in the yiddish term, “oi vey,” of which I took the liberty to edit the spelling somewhat. According to Wikipedia, Oy vey, or just oy is an exclamation of dismay or exasperation meaning “oh woe.” You have to admit, during those times when groups are running awry, this word says it all!

Oy, enough already! What about the secrets of intervention you’ve teased me about? OK, here we go, I’ll now share with you the secrets to intervention embedded in this slightly modified yiddish term that I believe will really help in times of exasperation, or better yet, prevent all together.

A Simple Intervention Model in Your Back Pocket

O for Observation: The first thing we do in groups is observe the group’s behavior. What are they actually doing that might be described by an objective observer?

For example, let’s say that you’re running a meeting and you notice that John is constantly looking at the clock.

I for Infer: We all make inferences, and often attach meaning as well to others’ behaviors. It’s important to understand that the meaning you attach to the group’s behavior is your own and is typically not shared universally by the others involved. As human beings, we can’t escape making inferences, especially when we’re attempting to diagnose group process. Simply be aware that you’re making an inference, and be aware of its nature.

You infer that John is fixated on the clock because he is bored with the meeting and wants it to be over.

V for Verify: Verify your inference with the group by sharing it out loud to see if it’s true.

You share your observation and inference with John to find out what’s true for him. John, I notice that you’re frequently glancing at the clock. I’m wondering if we’re doing something here that causes you to want to be elsewhere. Is that accurate?

John replies, Well, actually yes and no. My daughter lives out of state and is about to have a baby. They estimate delivery at around 2pm. I’m expecting a call around that time and I have to admit, while I know she’s in good hands, I’m a bit anxious about not being there with her. I think the meeting is going fine and I’m sorry about being distracted.

E for Explore: Now that you know what’s going on in the mind(s) of the group member(s), you can explore alternatives with them to resolve the issue.

Thanks for clarifying that for us John. Is there anything you need from us right now?

Thanks for asking. Just bear with me please and if I get a call, know that I’m leaving the room to get news about her. And hopefully, I’ll return and ask you to help me celebrate being a new grandfather!

Y is for Yield. Once observations and inferences have been shared and explored with the group, yield to any decision the group wants to make around the issue.

So, can everyone live with John’s request or are there other suggestions or requests?

So there you have it. The secrets of Intervention locked inside an ancient term. Who knew! Let me know what you think.

How will you use the OIVEY intervention in your meetings, groups, and conversations? Or, have you already used it and had an interesting results? Please  share your thoughts, stories, and experiences in the comments section below.  I’d love to hear from you!