You are here: Home / Facilitation / See Your Group’s Potential 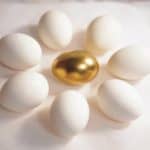 Groups tend to evolve through a fairly predictable series of stages over time. A very popular model developed by Bruce Tuckman, calls these stages: Forming, Storming, Norming, and Performing. I also particularly like author Scott Peck’s community building model which refers to these stages as: Pseudo- Community, Chaos, Emptiness, and True Community.

Most groups that come together hang out in the Forming or Pseudo-Community stage, particularly if they lack a good facilitator. In this stage, people spend lots of energy trying to be nice and polite with one another. In this stage, the energy of each individual is more focused on how they appear to others than on fully disclosing their positions and interests.

The Storming or Chaos stage is reached if a group hangs together long enough to begin shedding its facade. People begin to express their truth, often in very ineffective ways, i.e. through blaming, shouting, pouting, withdrawing, etc. When groups reach this stage, they often retreat back into the Pseudo-Community stage for comfort. After all, our culture has taught us to avoid conflict and fighting, right? Now let’s be good boys and girls and quit fighting, OK? The problem with this approach is that it keeps us trapped in mediocrity as a group.

If the group should somehow stay the course and find their way through the Chaos or Storming stage, they may reach the stage of Norming or Emptiness. In this stage, members begin to identify their individual strengths and weaknesses and seek roles that best fit their abilities and desires.

Finally, as a group perseveres, they reach the stage or Performing or True Community where fantastic accomplishments can be made by a group whose individuals are now closely aligned on their intent to work together. They are now in a position to resolve personal differences and agendas that once blocked their progress and are ready to work together to tackle difficult problems.

Many groups never transcend all of these stages and find themselves stuck in one, or oscillating between two stages. It’s also perfectly normal for groups to move in and out of several of these stages over time.

Each group is different and only their commitment to their own growth and to each other, coupled with the mastery of the facilitator, will determine how far they come together. Ultimately, it’s useful to know that a higher vision for any group is possible and the more members that hold and act on this vision, the more likely it will be attained.

How many groups have you been in where members resist sharing what’s standing between them? There may be something one member does that continues to push a button of yours, thus distracting you from fully engaging your energies in the group. There may be tensions below the surface between you and other members that are ignored and never addressed. Or there may be processes the group uses that you find to be limiting, frustrating, or just plain ineffective.

How often have you sensed any of these things and done nothing? Why is that? Could it be that you just didn’t want to rock the proverbial boat? Or maybe you just didn’t know how to say it in a nice way. Or maybe you have spoken out in the past and people got angry, so now you keep quiet.

If any of this sounds familiar it’s because that’s where most groups hang out, in the space between Pseudo-Community (not rocking the boat) and Chaos (telling their truth). This is where you as a facilitator can help. You can help group members share their needs, knowing that if this stirs disagreement, that it’s OK, and that by allowing these disagreements the group has the opportunity to move through them to a far more powerful level of functioning. Paradoxically, a high functioning group requires that every member be selfish for themselves and for the group.