You are here: Home / Facilitation / The Perfection of Imperfection in Group Leadership 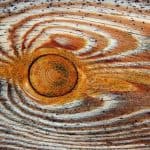 Workplace cultures have historically valued objective, tangible, analytical, action orientations while simultaneously undervaluing intangible, subjective, reflective orientations. When this is true, we are rewarded when presenting material evidence, dispassionate, impersonal, “objective” data, and may be discounted, even punished to some extent when expressing subjective, personal, passionate interests and perspectives.

In my experience in the workforce, this objective-only orientation tends to create isolation and lethargy. As a former engineer, I remember that when my internal life—my senses, intuitions, and feelings were undervalued, I tended to undervalue and repress them myself. Undervaluing our internal experience does little for morale, commitment, and passion for our work. And when we’re trying to facilitate internal alignment and working through the differences and confusion required to do so, self-denial and repression are not our friends.

Labels of strengths or weaknesses aren’t necessarily correct. They tend to depend on the context within which they are observed. What we call a strength or a weakness are simply two sides of the same coin or opposite extremes of a pendulum swing.

For example, someone who is disorganized (weakness) might also be very creative (strength). Someone considered shy (weakness) may be very adept at self-reflection (strength). A behavior considered valuable in the one context may be seen as an impediment in another.

Here are some common concerns facilitators have expressed about their “weaknesses” that I believe can be positioned as strengths in contexts where clarity, understanding, and collaboration are valued.

I am easily confused or overwhelmed during complex discussions. At any given time, someone is not tracking with the discussion and could benefit from repetition or a recap. What feels like your confusion or overwhelm is probably shared by others. The courageous thing to do is to check in and ask for clarification, rephrasing, or restating of key points. Further, getting these captured in writing may be really important. Distilling complex ideas into key points is a gift of clarity to the group.

I freeze up and don’t know what to say. Perhaps you don’t know what to say when silence is the best response. Or, when it’s time to ask the group to reflect on the issue at hand. Silence is one of your most powerful tools, a tool many are uncomfortable or unskilled at using. Let your concern about being at a loss for words a welcome invitation not to use any.

I’m distracted by emotional undercurrents that make it difficult to be objective. Unexamined emotional undercurrents often present the greatest obstacles to collaboration and constructive action. You might provide an invaluable gift to groups by acting as the emotional barometer for the group. Practice ways to share what you feelings or senses (without projecting it on others) in your groups and see what treasures this might uncover.

I don’t have the answer to an important question. If you always have the answers you risk overlooking expertise in the room. When I’m at a loss for words, I usually ask a relevant question of the group. It could be as simple as, “What do others think about this?” Every time I’ve done this, one of two things happen: The group gets to share their relevant insights, knowledge, or guidance that the group needs or, their comments stimulate and open my perspective so that I’m back in the flow again.

The group challenges everything I say. Given that it’s your job as group leader to help the group discover and align with a shared outcome, if they’re challenging what you say, you may be saying too much. Let curiosity and inquiry be your guide here. Return their challenges with questions to discover their concerns and invite their ideas and leadership toward aligning and moving on group goals.

I’m not a good public speaker. Be an intimate communicator instead. If you are not good at talking to large crowds, talk to small groups or communicate one-on-one and focus on being really good at that. Even in large groups, if you speak intimately to one person at a time, you will find yourself ultimately connecting deeply with the group drawing them closer to you and to each other. Finally, try learning a variety of ways to facilitate small-group activities. This will help groups be far more engaged more of the time while also learning from each other.

A Story of Weakness as Strength

A 10-year-old boy who decided to study judo despite the fact that he had lost his left arm in a devastating car accident. The boy began lessons with an old Japanese judo master. The boy was doing well, so he couldn’t understand why, after three months of training, the master had taught him only one move. “Sensei,” the boy finally said, “Shouldn’t I be learning more moves?”
“This is the only move you know, but this is the only move you’ll ever need to know,” the Sensei replied.

Not quite understanding, but believing in his teacher, the boy kept training. Several months later, the Sensei took the boy to his first tournament. Surprising himself, the boy easily won his
first two matches. The third match proved to be more difficult, but after some time, his opponent became impatient and charged; the boy deftly used his one move to win the match. Still amazed by his success, the boy was now in the finals.

This time, his opponent was bigger, stronger, and more experienced. For a while, the boy appeared to be overmatched. Concerned that the boy might get hurt, the referee called a time-out. He was about to stop the match when the Sensei intervened. “No,” the Sensei insisted, “Let him continue.”

Soon after the match resumed, his opponent made a critical mistake: he dropped his guard. Instantly, the boy used his move to pin him. The boy had won the match and the tournament. He was the champion.

On the way home, the boy and Sensei reviewed every move in each and every match. Then the boy summoned the courage to ask what was really on his mind. “Sensei, how did I win the tournament with only one move?”

“You won for two reasons,” the Sensei answered. “First, you’ve almost mastered one of the most difficult throws in all of judo. And second, the only known defense for that move is for your opponent to grab your left arm.” The boy’s greatest weakness had become his greatest strength.

What “weakness” concerns you most about your work right now? How might you reinterpret this and act on it as a strength? This action may take some courage and vulnerability. Share your ideas with a trusted friend and get support to make at least a small leap. I’m here to support you as well and I’d love to hear your wins and challenges. Share your comments, questions, and requests below.