You are here: Home / Facilitation / The Abiline Paradox: The Management of Agreement 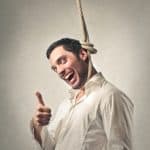 That July afternoon in Coleman, Texas (population 5,607), was particularly hot – 104 degrees according to the Walgreen’s Rexall’s thermometer. In addition, the wind was blowing fine-grained West Texas topsoil through the house. But the afternoon was still tolerable – even potentially enjoyable. A fan was stirring in the air on the back porch; there was cold lemonade; and finally, there was entertainment. Dominoes. Perfect for the conditions. The game requires little more physical exertion than an occasional mumbled comment, “Shuffle’em,” and an unhurried movement of the arm to place the tiles in their appropriate positions on the table. All in all, it had the makings of an agreeable Sunday afternoon in Coleman. That is, until my father-in-law suddenly said, “Let’s get in the car and go to Abilene and have dinner at the cafeteria.”

I thought, “What, go to Abilene? Fifty-three miles? In this dust storm and heat? And in an unairconditioned 1958 Buick?”

But my wife chimed in with, “Sounds like a great idea. I’d like to go. How about you, Jerry?” Since my own preferences were obviously out of step with the rest, I replied, “Sounds good to me,” and added, “I just hope your mother wants to go.”

“Of course I want to go,” said my mother-in-law. “I haven’t been to Abilene in a long time.”

So into the car and off to Abilene we went. My predictions were fulfilled. The heat was brutal. Perspiration had cemented a fine layer of dust to our skin by the time we arrived. The cafeteria’s food could serve as a first-rate prop in an antacid commercial.

Some four hours and 106 miles later, we returned to Coleman, hot and exhausted. We silently sat in front of the fan for a long time. Then, to be sociable and to break the silence, I dishonestly said, “It was a great trip, wasn’t it?”

Finally, my mother-in-law said, with some irritation, “Well, to tell the truth, I really didn’t enjoy it much and would rather have stayed here. I just went along because the three of you were so enthusiastic about going. I wouldn’t have gone if you all hadn’t pressured me into it.”

I couldn’t believe it. “What do you mean you all?” I said. “Don’t put me in the you’all group. I was delighted to be doing what we were doing. I didn’t want to go. I only went to satisfy the rest of you. You’re the culprits.”

My wife looked shocked. “Don’t call me a culprit. You and Daddy and Mama were the ones who wanted to go. I just went along to keep you happy. I would have had to be crazy to want to go out in heat like that.”

Her father entered the conversation with the word: “Shee-it.” He then expanded on what was already absolutely clear: “Listen, I never wanted to go to Abilene. I just thought you might be bored. You visit so seldom I wanted to be sure you enjoyed it. I would have preferred to play another game of dominoes and eat the leftovers in the icebox.”

After the outburst of recrimination, we all sat back in silence. Here we were, four reasonably sensible people who – of our own volition – had just taken a 106-mile trip across a godforsaken desert in furnace-like heat and a dust storm to eat unpalatable food at a hole-in-the-wall cafeteria in Abilene, when none of us had really wanted to go. To be concise, we’d just done the opposite of what we wanted to do. The whole situation simply didn’t make sense.

At least it didn’t make sense at the time. But since that day in Coleman, I have observed, consulted with, and been a part of more than one organization that has been caught in the same situation. As a result, the organizations have either taken side trips or, occasionally, terminal “journeys to Abilene,” when Dallas or Houston or Tokyo was where they really wanted to go. And for most of those organizations, the negative consequences of such trips, measured in terms of both human misery and economic loss, have been much greater than for our little Abilene group.

I now call the tendency for groups to embark on excursions that no group member wants “the Abilene Paradox.” Stated simply, when organizations blunder into the Abilene Paradox, they take actions in contradiction to what they really want to do and therefore defeat the very purposes they are trying to achieve. Business theorists typically believe that managing conflict is one of the greatest challenges faced by any organization, but as corollary the Abilene Paradox illustrates that the inability to manage agreement may be the major source of organization dysfunction.

Symptoms of the Paradox

1. Organization members individually agree in private (in the parking lot or at the café or on the phone) about the nature of the situation or problem facing the organization. For example, members of the Abilene group agreed that they were enjoying themselves sitting in front of the fan, sipping lemonade, and playing dominoes.

2. Organization members agree in private about what steps would be required to cope with the situation or problem. For members of the Abilene group, “more of the same” was a solution that would have adequately satisfied individual and collective desires.

3. Organization members fail to accurately communicate their desires and/or beliefs to one another. (I didn’t want to say anything for fear of hurting someone!) In fact, they do just the opposite, thereby leading one another into misperceiving the collective reality. (Sending the vision, goal, or objective into a tail spin!) On the basis of incorrect assumptions about the consensus, each member of the Abilene group communicated inaccurate data to the other members of the organization. The data, in effect, said, “Yeah, it’s a great idea. Let’s go to Abilene.” When, in reality, members of the organization individually and collectively preferred to stay in Coleman.

4. With such invalid and inaccurate information, organization members make collective decisions that lead them to take actions contrary to what they want to do, thereby arriving at results that are counterproductive to the organization’s intent and purposes. Thus, the Abilene group went to Abilene when it preferred to do something else.

5. As a result of taking actions that are counterproductive, organization members experience frustration, anger, irritation, and dissatisfaction with their organization. Consequently, they form subgroups with trusted acquaintances and blame other subgroups for the organization’s dilemma. Frequently, they also blame authority figures and one another. Such phenomena were illustrated in the Abilene group by the “culprit” argument that occurred when we had returned to the comfort of the fan.

6. Finally, if organization members do not deal with the generic issue– the inability to manage agreement – the cycle repeats itself with greater intensity. Largely because it became conscious of the process, the Abilene group did not reach that point.

About the Author: This article was written by Jerry B. Harvey, author of “The Abilene Paradox and Other Meditations on Management.” Lexington Books, 1988.

How has the Abilene Paradox manifested in your life lately? I’d love to hear what you discover.
Please share your questions, feedback, or experience on this topic in the comments section below.