You are here: Home / Facilitation / How to Use Talking Circles for Deep Communication 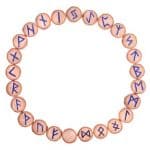 When you put your knowledge in a circle, it’s not yours anymore, it’s shared by everyone.

The term “Talking Circle” comes to us from the Native American tradition and is again finding broad appeal in contemporary culture. Talking circles are being used by facilitators of personal and spiritual growth, grade school teachers, high school football coaches, religious groups, 12-step and other group therapy gatherings.

Within a talking circle, all members are equal and each one belongs to the circle, which itself represents the interconnectedness of it’s members and the cycles of life. The talking circle symbolizes a sacred space created where all who come, come to listen and respect the views of all others in the circle. A stick, stone, or feather (which symbolizes connectedness to the land) can be used to facilitate the circle. Whoever is holding the object has the right to speak and the others have the responsibility to listen.

A ritual to begin the circle is often used to create a safe place where members commit to keeping all that is shared in the circle confidential, to set an intention to open hearts, to understand and connect with others, and to maintain a spirit of reverence and gratitude.

In a culture where conversation is often considered a competitive sport–the loudest and the strongest overpower the soft-spoken–the safety of talking circle enables those hesitant to speak to express themselves. And for the wisdom of the group to evolve as all are heard and understood.

The group leader facilitates the discussion in non-judgmental way. In other words, instead of responding with words like, “great” or “good”, the leader can acknowledge or clarify comments, such as, “I understand you are saying that…” listen. During the circle time, people are free to respond however they want as long as these basic considerations are followed:

Talking Circles are both cathartic, healing, and extraordinarily effective ways of bringing everybody into the process of communication and group life. Because you can’t speak until you have the object, the skills of listening carefully and learning how to remember what you want to say when your time comes are developed and exercised.

As for specialty uses, Talking Circles have had a powerful impact on groups of ADD adults and children. Any family will find talking circles very effective, and can even expand participation into their neighborhoods, including friends (“Come on over to our house for dinner and a one-hour Talking Circle!”).

How can you employ a talking circle in your workplace or within the groups you work with? I’d love to hear what shows up for you. Please share your thoughts, stories, and experiences around this topic in the comments section below.